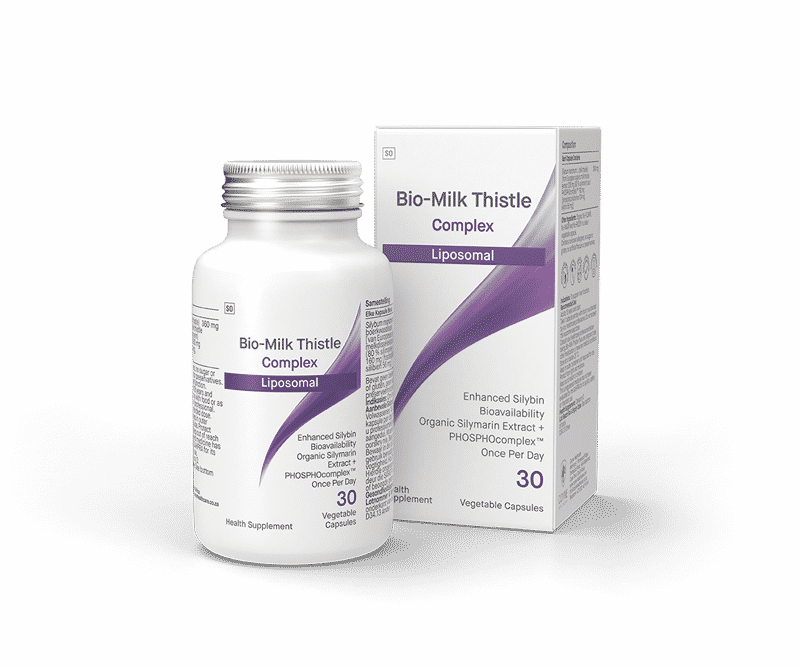 The active components in milk thistle extracts are a group of chemical compounds collectively known as silymarin. Silybin is considered one of the most active constituents of silymarin.

Silymarin and silybin are antioxidants. In other words, they protect cells from damage caused by free radicals. Free radicals are toxic by-products of oxygen metabolism in living cells. These free radicals may cause significant damage to living tissues when produced in quantities that exceed the body’s neutralising mechanisms. Stress, medicines, injury, alcohol consumption or infections may result in increased generation of free radicals.

Due to its antioxidant properties, silymarin helps protect cell membranes from damage caused by free radicals. Silymarin also stabilises liver cell membranes and prevents binding and penetration of toxins, such as ethanol, paracetamol, Amanita phalloides from poisonous mushrooms, and others. In addition, silymarin may help the liver generate new cells and proteins to recover from injury. Apart from its benefits as an antioxidant, silymarin also has anti-inflammatory properties. It may reduce the damaging effects of inflammation and prevent scar tissue formation.

Save this product for later
Display prices in: ZAR